I’ve been in a funk since the election.

It didn’t go my way.

The Wednesday after, I allowed myself to wallow, neither listening to nor watching any news. It would all still be there when I was ready to hear it. Instead, I Netflixed the day away on the couch in my sweats, with my critters. There may not have been a shower taken that day. Paul called from his job site in England and talked me off the ledge.

I texted with my daughter, who also was not doing well with the election result, and we commiserated. I gave thanks for the supportive work environment she’s now in, where apparently nothing got done that day, but they all took care of each other.

Thursday, I watched Samantha Bee’s post-election show and was comforted, first by her righteous anger, then the exhortation to roll up our sleeves and get to work. Work: this is something I understand, and we surely do have a lot of work to do in figuring out how the Democrats got it so very wrong. This election has resulted in an outcome requiring much soul-searching, most particularly in figuring out who we are as the American people, because that picture has clearly changed over the last several decades. Lots of work to do.

While the bewilderment remains, the malaise lifts. My daughter came for Thanksgiving week and we did not much of anything but commiserate, watch movies (definitely go see The Arrival, wait until Nocturnal Animals shows up on cable), and laugh. Few people make me laugh as hard as Charlotte. We cooked a very successful Thanksgiving dinner and followed that with a mini-Sloth Day on Friday. Perfect.

Now we hurtle through the Holiday season towards a new year and a new President. I am lucky to belong to the RevGalBlogPals, and in this time when my faith in my fellow man is shaken to the core, I am inspired by their writings reminding me there is a power bigger and stronger than I can imagine in control and that eventually, everything will be alright. All shall be well, and all shall be well, and all manner of things shall be well. They also remind me that this is not an excuse to stay mired in the funk, trusting others to do the work but rather, now is a time for prayerful consideration on my role in making the world a better place. Because we all have a role.

I believe the next four years will be a time when thoughtful people, whatever their political affiliation, must be vigilant in fact-checking and holding to account our public officials and the media. We will need to be sharp and attentive to preserve our democracy, this great experiment of American Freedom.

Jeff and I used to talk about the condition of our homes as metaphors for our emotional states and I do believe it is time to fill my home with light, color, and the aroma of baking goodies. It is Advent, the time of preparation and expectation and a spray-tanned president with a bad comb-over is no excuse to forget the coming of the One. For this weekend I am going to nestle in with my sock-stealing dog, ornery cat, wisely wonderful husband, and listen to the rain while bringing out Christmas. 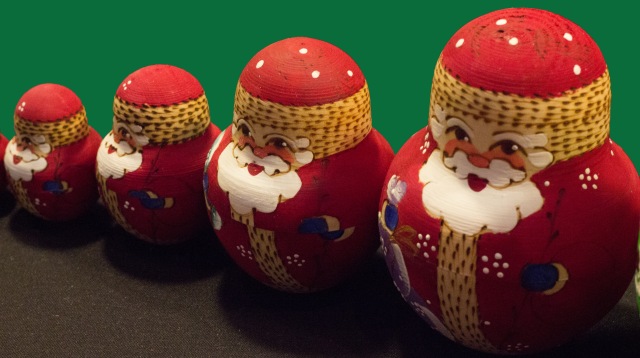 Come January, there is a lot of work to be done.

2 thoughts on “Weekend Coffee Share: Rolling up the Sleeves edition”