If we were having coffee, it would be an afternoon coffee since Paul and I just got back from a trip out to the Cowpens Revolutionary battlefield. It is said the war was fought in the North but it was here, in the South, where it was won, specifically here in South Carolina at Cowpens, where an outnumbered conglomeration of Continental Army local Militia men turned the tide of the war.

As when we went to Stones River in Tennessee, I am always amazed by the beauty of the terrain and the peace. It was summer then, too, and like today the grasshoppers and random cicadas were singing away. Hard to image the bloodshed of the past. Yet it is hallowed ground, and I felt the reverence of Cowpens. Here, men fought for their sweethearts and wives, their land and homes, for noble ideals of self-governance, independence, and freedom. Here, Daniel Morgan had moved among his rough militiamen the night before battle, reassuring, bolstering, rallying them to fight, and after they did he chased their routed officers down the Green River Road the next day. 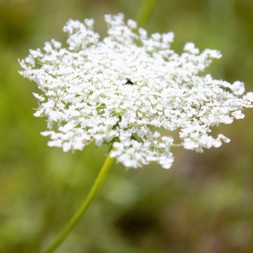 I couldn’t help offering the fallen an apology for how badly we’ve mucked it up since.

Family lore had it there was a Kelly ancestor who fought in the Revolution, and I know my branch of the Kellys came through the Virginia colonies. Was there a blonde, blue-eyed Kelly among the rough militiamen native to the Carolinas, or did any come South with William Washington? I’ll never know, but it’s nice to think maybe yes, one of my ancestors fought for this land.

We walked the well-marked loop and saw where the armies had faced each other, where the first line of sharpshooters fired off their shots then raced around behind the second line, who stood their ground and waited until the British were in “killin’ range,” approximately 40 – 50 yards away. My God, how brave were they?

We saw where the British Cavalry and the hated Banastre Tarleton had waited hoping to spring a trap on the Americans, in the trees, sure of victory. But after Tarleton’s brutality at Waxhaws, the Continentals and Militia, shouting, “Waxhaws Quarters!” were only stopped from butchery by the gallant Morgan, who ordered no retribution to prisoners.

Such fine and brave people formed this country. I wonder if we shall ever see their like again?

Towards the end of the loop is the Scruggs home, carefully restored to what it looked like in 1820. There were eleven children raised in this house. E l e v e n. When did Mom and Dad have enough privacy to make babies five through eleven? Oy vey!

I’m going to look at this picture every time I find myself thinking my 1,700 square foot home is small. 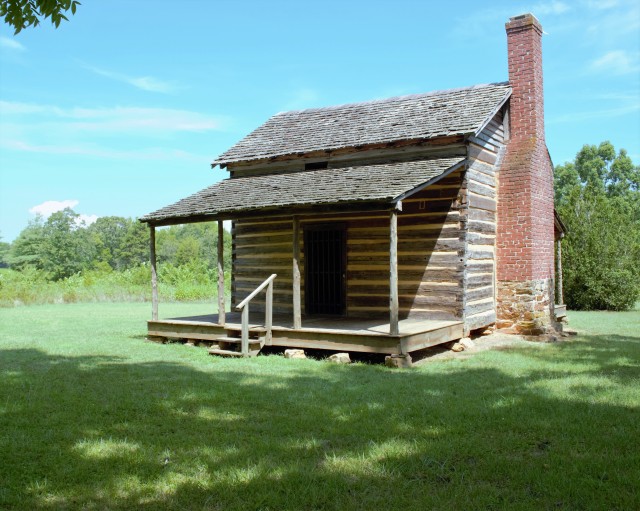 There is a tiny gift shop and information building, with a short film on the battle and a fiber optic display showing the battles leading up to Cowpens and troop movements. With no entry fee, beautiful grounds, and a well-kept picnic area, the Cowpens National Battlefield park is a lovely and educational way to spend a day. 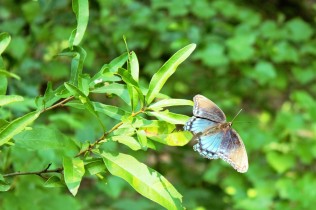 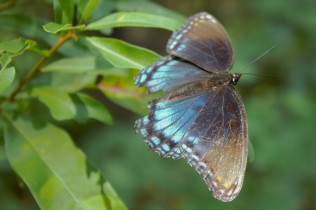 Then it was back in the car with only a quick trip through Abbott’s fruit market for fresh peaches, blackberries, and tomatoes, and finally home, where fresh coffee awaited and a full hour before the afternoon thunderstorm began.