There is an arboretum in Columbia, tucked away in the middle of a residential section and open for free every Wednesday. Except this Wednesday, when I arrived an hour after opening to find padlocks across the gates. I could only peer in at shaded, winding trails of lush vegetation I’d hoped to capture with my new lens.

Not to be thwarted, I stopped by Trinity Cathedral’s old cemetery and wandered for a bit. The tiny, old gravestones of babies always make me a little sad, knowing that in the days they were born there was no penicillin or respirators, not for them or for the young mothers who sometimes lay in graves close by.

Because Columbia is an oldish city in the Deep South, one will find veterans of the Civil War (or, as some might call it, The Recent Unpleasantness betwixt the States). 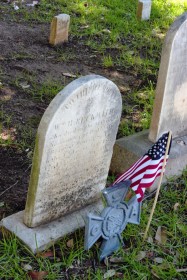 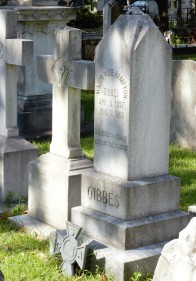 This gravestone struck me not for its historical significance but because it has been incorporated right into the stone wall separating the church graveyard from the school next door, where small children were playing, laughing, and shouting as I walked the paths. I hope he or she doesn’t mind being stuck there between the two worlds; maybe it’s a good place to get the gossip from both sides of the veil.

Not too far away, but in such a place I couldn’t get a good shot at it, was a child’s blue play bucket that must have gotten tossed over the low wall. Both it and the wall-gravestone seemed designed to remind me that though I walked among the tombstones, life always finds a way. Whatever ghosts inhabit that old churchyard, I think they must be happy to hear the children; do they wonder if they are their children’s children’s children? Do they care? Is the presence of new young life joyful enough that the spirits watch over any and all who play there? I like to think yes, definitely.

Headed for the freeway and home, I spied with my little eye a sign directing me to the Historic Houses Museum, or the direction of it, anyway. Finding Good Shepherd Episcopal on the right, I pulled over for a closer look and found the Hampton-Prescott house sitting serenely to my left. Hampton as in Wade Hampton from the graveyard, and whom I first heard of in Gone With the Wind, the historical commander of the fictional Charles Hamilton, first husband of Scarlett O’Hara.

There were a number of Hampton graves in the Episcopal cemetery and now here I was at the house they might have lived and loved in, wandering the gardens they once did, laughing at the antics of the great-times-one-hundred grandchildren squirrels of those Wade Hampton himself might have laughed at.

There were beautiful flowers sitting obligingly still, showing a bit of wear but lovely even in the heat of a mid-summer day, and a variety of birds which I was too slow to capture. Flowers are easier. 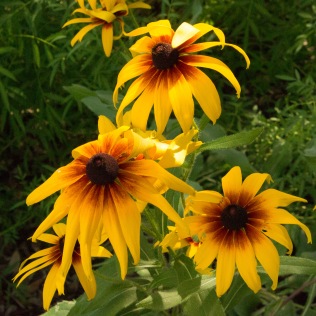 I wonder if I can find the plans for this bench on Pinterest? 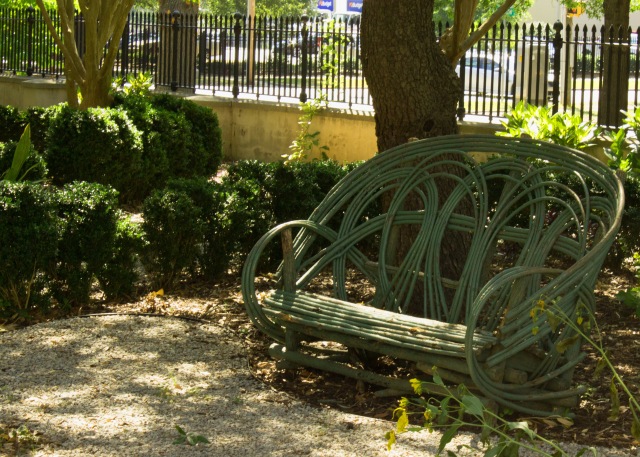 I almost missed the arch at the end of this walkway, but some birds flew overhead and while I fumbled and focused and failed to capture them, my eye found it. Need to remember to thank those birds next time. 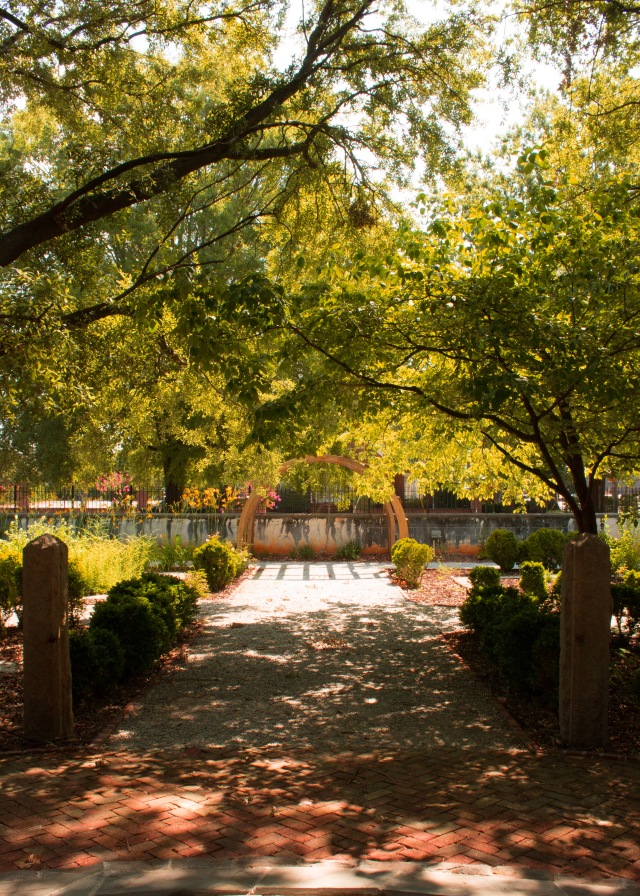 Ending my picture tour back at the cathedral with this one, to remind myself that though I began the day feeling frustrated at a padlocked gate, I yet found an open doorway and many things worth seeing. 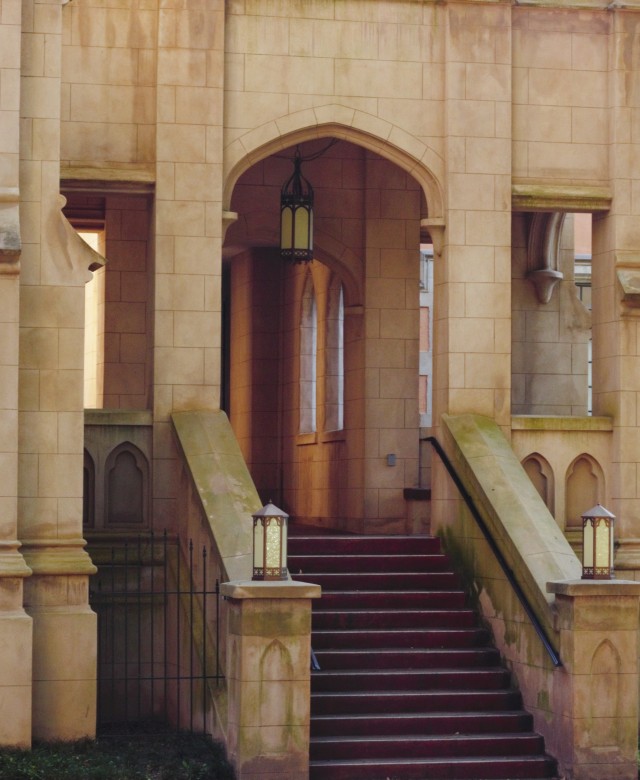