It’s probably normal for a coastal-raised child to liken many things to the sea. Currents and tides have been a useful metaphor for me (and many writers far better), but I think the reasons why became clearer for me Saturday while grocery shopping. 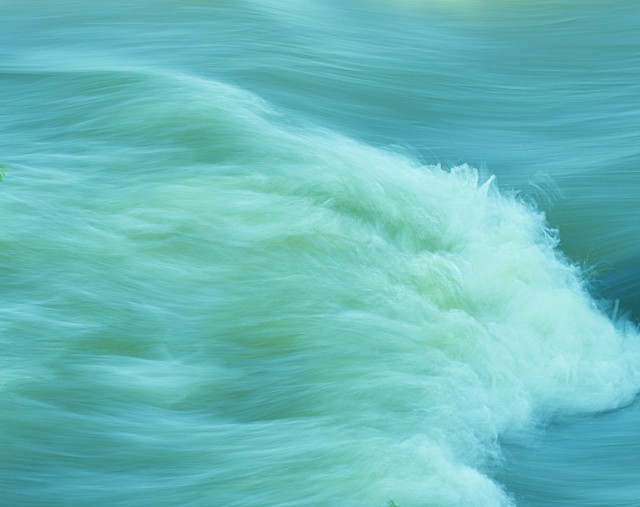 Grief is sneaky, unlike ocean tides and waves which while sometimes dangerous, are at least predictable. But like ocean waves, the waves of grief become manageable through time and experience, losing much of their power over us, even sneaky little ones like the one that unexpectedly caught me on the Personal Care aisle of Publix supermarket on Saturday.

When as a small child and full of small child hubris, one raised by the ocean decides one is big and strong enough to take the waves alone, without the helpful, steadying hand of a parent, one learns the true power of the ocean for the first time. It goes down something like this: you run out on the firm, wet sand wiped clean by the last wave, farther than you ever have before, believing you can stand firm in the next one, like the Big People do, because you’ve known the ocean longer than you can remember. The waves turn from retreat to advance in their endless cycle and some part of your primitive brain, even though very young and probably because you are 90% water yourself, recognizes that it’s much bigger than you thought it would be, it’s certainly bigger out here, farther than you’ve ever run out alone, than it was when viewed from the safety of the beach towels and your father’s cooler full of Coors. And you scramble backwards a bit but it’s too late and that wave hits you with all the terrible, timeless force of oceans that knew the dinosaurs, toppling you like a breath on a house of cards. Tumbling disoriented under the water, through flashes of sunlight you glimpse the bubbles of the wave mixed with those of the breath knocked out of you, and the previously unknown bottom covered in things only the soles of your feet might have known before: kelp polyps and seaweed, pebbles not yet ground into sand, bits of shell, and the random gossamer jellyfish tentacle you know from experience still stings even when detached from the animal. Sand has now filled your bathing suit and the extra weight makes righting yourself harder. Now, either a parent or friend will haul you up and out of the water or you’ll follow the light, bobbing to the surface coughing, sputtering, gasping for breath and glad of the salt water running out of your hair disguising the tears of shock and fear, the salty acknowledgement of having seriously misjudged the situation and your own strength.

If you’re a clever child, you learn to accept help; not all of us are or were clever children.

Children grow up and get bigger and stronger, and this is the lesson of grief: in the early days of it we are children and it knocks us flat, showing us all kinds of stuff under the surface we never knew existed, the things we didn’t expect to hurt so damn badly. Time heals because we get stronger, grow in unanticipated ways, become more capable of withstanding the waves when they hit. We may stumble when they impact, but they do not flatten us. They may even teach us. If only grief waves were predictable, if only we saw them coming!  The lie of grief is that it goes away, when it’s more like a dissipating storm which eventually loses the power to knock us down. The blessing of grief is that we have a degree of control over how long it holds us under the water, if only we are brave enough to look at the debris-strewn bottom.

Eventually, if one does the work of grieving, they become gentle waves and if unpredictable, more bittersweet than dangerous, like the soft wave that hit me at Publix on Saturday. This wave took the form of an older man in a motorized wheelchair on the Personal Care aisle. He had a service dog, who elicited attention both clearly relished. He looked nothing like my lost friend, Jeff, but embodied all his charm and chattiness, scooting around town in his motorized wheelchair, making connections with everyone he met because he never knew a stranger. The wave hit, but did not topple me. There was a catch in the throat as it receded, but as I gave a prayer of thanksgiving for the gift of friendship, I almost heard Jeff whispering, “Dudette, I’m still and always here, and I’ll see you on the other side.”