Oh, those RevGals don’t realize what a can of worms they might have opened. This is the Friday Five, courtesy of Cindi Knox:

So my challenge for us this week is to write about animals. 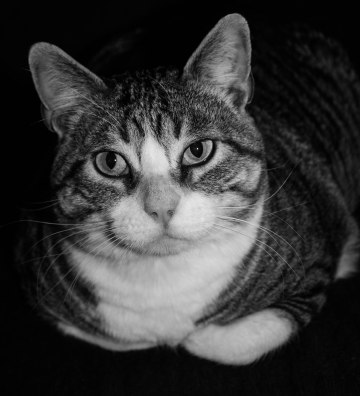 An animal I’ve come to know extremely well, so well that when he gets up from his sphinx-like perch on the arm of the couch in the mornings, I know he’s headed to sit on the keyboard in order to tell me it’s Breakfast Time, is my evil cat, Ivan the (recently) Terrible. He’s a whole blogpost of his own. He’s complicated. He had a tough kittenhood. But if he loves anyone in this world, it’s me. He is also quite a handsome chap, and his tolerance for our puppy, Blanca, has shown he has hidden depths we never guessed existed.

My favorite real animal…. probably dogs. They’re intelligent and unlike cats they can be trained, though Blanca is proving… shall we say, challenging in that regard. They love us beyond all reason and are always happy when we come home, regardless if we were gone 20 minutes or 20 days. My late, great dog Tasha saw me through some tough times. She saved my life, really.

And now we have Blanca. She’s a handful. Unlike Tasha, who was quite a lady, actually, Blanca is a Dog. She digs. She eats leaves, rocks, pine straw, grubs, and things too disgusting to talk about. She’s proving challenging to potty train. She lives to chase balls, but is a destroyer of soft toys. She is adorable and charming and desperately wants to be friends with Ivan. I keep explaining that frankly, his tolerance of her is more than we ever expected, but she persists attempting to win him over.

So far all her dancing and prancing, winsome paws extended and gifts of her precious balls have yielded bupkis, but I can’t help admiring her determination. There’s a lesson there, I believe.

My favorite mythological animal would be the Phoenix, because they rise from the ashe 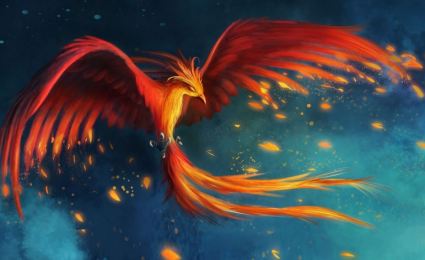 s to live again. I think we’ve all felt reborn after a bad time, when we start to live again. Perhaps the myth of the phoenix was the ancient Greeks way of telling us that life continues, and so must we.

Favorite fictional animal: Bugs Bunny. Because there is nothing funnier than this:

The animal I would be today, were I an animal? Maybe that momma cat who went back into the burning house five times to rescue her litter of kittens, or my late Tasha who patrolled the yard one last time the hour before she died, to make sure I was safe. Right now I’m probably more like Blanca, stubborn, goofy, only partially trained and full of bad manners (though I am completely house broken) but occasionally charming enough to keep my family from killing me. But I aspire to become like the best of dogs, like Tasha was: loyal, companionable, intelligent, protective, and composed almost entirely of goodwill, meeting all people and creatures as potential friends. To possess all those characteristics all the time, well, it’s an aspirational goal.